Hello I'm John Cowper and I am a graphic designer. 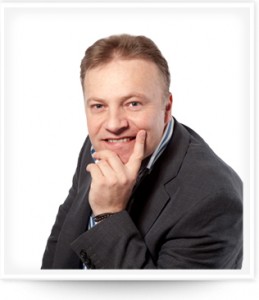 Thank you for visiting my site, I am the Creative Director and owner of a design company called Redbox Design and I have been in business here in Ireland for the past 10 years. I have been doing all sorts of things associated with design from logo design, stationery design, literature design, AutoCAD, shop front design, signage, building banners, roll up banners and extensive website design.

Since 2008 my business has taken a battering with sales plummeting and no one looking for design work, I started to look around the internet for some answers to changing my business, reinventing myself, reevaluating my sales and marketing strategy and generally trying to up-skill myself.

During this process I came across Daniel Wagner and James Watson and I have to say wow what a pair of excellent chaps who really know their stuff. I undertook their Blueprint Coaching Program and this is essentially how I came to be a Platinum Group member.

Since meeting up with both Daniel and James I have been working on my personal online brand, which this site is apart of. This site is now a large part of my business and where I am coming from, what I stand for and stand against.

My Story - The Beginning In Africa

I was born and grew up in South Africa, my parents are Irish and they emigrated to Johannesburg in the early 1960's, I spent the early part of my childhood in what is now known as Kwa-Zulu-Natal, just on the Indian Ocean. I have to say I had a fantastic childhood, outside amongst the wilds of "The valley of A Thousand Hills", near Durban, which is where I grew up and went to school. I also spent a huge amount of time on the beach on the north and south coast and of course on the "Wild Coast"  further down in what is now the Eastern Cape. 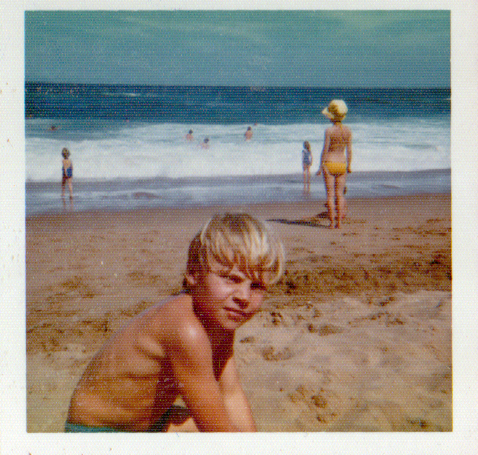 Days on the beach on the South Coast, Natal, South Africa

School In Ireland & The UK

In 1978 my parents returned to Ireland and I was sent to a boys Public school in Ireland and well what an experience. It was totally different from the life in Durban, Natal and I suppose it took a few long years to adjust to the different way of living and the culture which of course wasn't the same. The situation in Zimbabwe didn't make things any better, so after 5 and a half years I left school and went to Southampton to do a Foundation diagnostic course in Art and Design and from here I got into a degree program in Graphic Design at The Kent Institute of Art and Design in Maidstone (it's called something else now) which is what I wanted to do all along. I spend 3 years in Maidstone and graduated with an upper second Honours degree in Graphic Design. 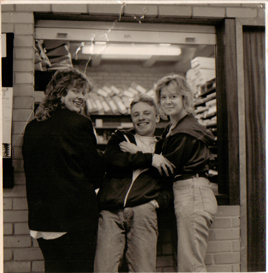 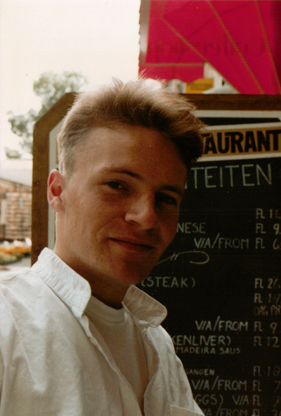 After this I went to London and worked for The Jenkins Group, ID Magazine, the Weekend Telegraph magazine in The Docklands in and around 1990. Shorty after this I was made redundant and found myself in London with no money and no job. So I got a job as a Commis Chef and worked in Camden Town for a while, I think I go fired from this job for spending too much time designing the pizzas and deserts so i ended up working as a security guard in central London in and around the time of the first Gulf War in Feb 1991.

Boy was this a trip, I was assigned to guard some Bond Street galleries and the Royal Academy in Piccadilly and I was really chuffed as this was where all the great masters ( Picassio, Van Gogh, Christopher Wren, Leonardo da Vinci, Bosch, Caravagio, Durer) and so on they were being exhibited in London and for me walking around a gallery for 12 hours looking at the greats for free was just brilliant. Unfortunately on fine Monday in a Bond Street gallery while I was on duty someone stole a £17,000 Turner from under my noise and well that was that I was demoted and eventually fired.

Designed and worked on this logo for this Museum in Bath

I moved on and found a position as a junior designer in Tunbridge Wells and designed and worked on the Corporate Identity of the Museum of East Asian Art in Bath, Avon in England. This was a contract position and during this time I wanted to return to Ireland and applied for a number of lecturing positions in Ireland. I was lucky and secured a position as a Temporary Whole Time Lecture in Visual Communications within an Institute of Technology in Ireland. Effectively I was teaching and lecturing graphic design, which was just great really great. 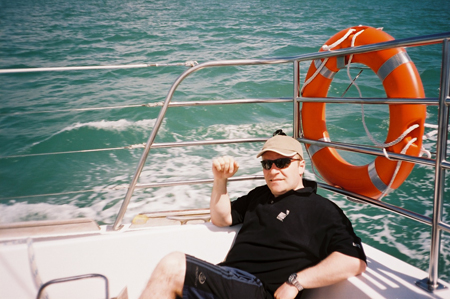 I spent 3 years lecturing and travelling and went to Southern Africa and travelled across Canada from coast to coast overland which I have to say was really excellent. After the 3 years I decided to do a master's degree in Design and Manufacture and I spent a full calendar year undertaking this taught programme which involved interactive design, CD design, multimedia design and environmental design.

Upon completing this Master's degree I returned to Dublin and found a job as a graphic Artist with Ericcson's the Mobile phone company and spent a year working on the graphics for interactive telephone learning program for the company. 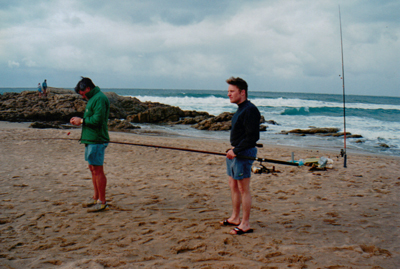 Fishing in South Africa on the Wild Coast in 1993

While I was doing this I undertook a part time TEFL teaching certificate in Dublin and by the end of 1998 I was teaching English in Kiev, Ukraine. This went on for a year at which point I went travelling around the former USSR, via The Trans Siberian/Mongolian railway via Ulaan Batar where I got stranded in the middle of the highlands of Mongolia only to be rescued by a Mongolian herdsman tending his sheep and goats. I ended up in Beijing, China with no money and no job. 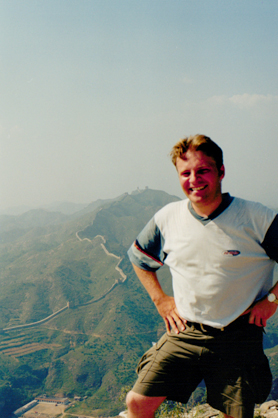 This was such an experience that I put a website together at the time to show what I actually did, you can see it here http://trainjourney.johncowper.com

So I got onto a plane and flew to Seoul, S. Korea and found a job teaching English in a school in the centre of the city and the money was pretty good. I basically saved all my money and left to travel Asia, starting in Korea, Japan, all of China, Tibet, Vietnam, Laos, Cambodia and Thailand and then into Malaysia. This was a hell of a trip all over land except for the slow boat to China from Korea. 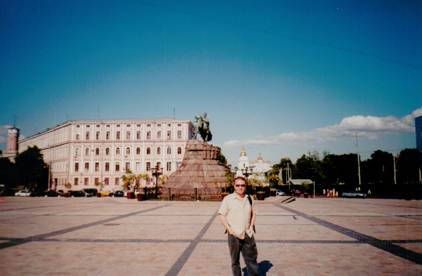 In the centre of Kiev, Ukraine 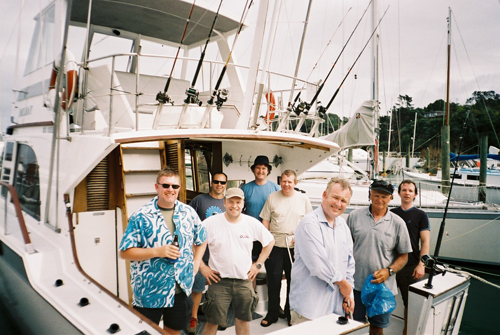 I returned to Ireland due to a death in the family otherwise I think I would probably be still there or in Australia.
It was at this point in late 2000 that I undertook a number of courses in advanced website design and finally set up an Architectural and Graphic Design business as a partnership with my father.

These were very very difficult times as I soon discovered, working with family and particularly your father can be very very trying and sometimes almost impossible. During the boom years in Ireland 2002 - 2006 we made a lot of money but got into some very stressful situations with contracts and deadlines and this was mainly to do with the Architectural side of things. As a result my father became very ill and had to have a bypass operation and as such the business collapsed as a result. In a lot of ways this was a blessing in disguise as things were getting really bad for us in the building sector and getting fully paid became a problem, the money involved was big, 6 -7 figures and this took its toll so I also moved aside to let things settle down while my Dad recovered. He almost died several times during the bypass operation and he is very very lucky to be alive today.

I have to say though that I have come to believe that family is the most important thing you will ever have, so cherish while you have them. 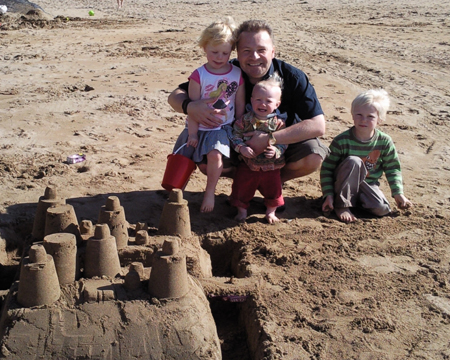 The kids and I making sand castles

Set Up My Own Business

As a result of all of this in January 2007 I  set up on my own as a graphic designer and created Redbox Design, Graphic Design Specialists, I specialised in 4 main areas, Logo design, Stationery Design, Brochure Design and Website Design and things were going very very well. I was growing, I expanded my marketing budget and go a load of marketing items made up and distributed, like mouse mats, pens, trolley key coins, posters, exhibition banners and so on.  I employed people, I rented an office, I had a secretary, I had people working for me on contract and things were looking very good indeed. Then in Nov 2008 things just stopped and I mean stopped, the phone stopped ringing, the emails stopped, the inquiries stopped. I was paying Google Adwords 500 a month a one point and I thought nothing of it, that' show good things were, now I am lucky if I get any work at all.

Needless to say all the employees went and the office, the Google account suspended and getting paid from anyone I am doing work for now is difficult to say the least. It's a gamble now a real gamble and the odds are stacking against me. I have a number of good jobs coming in once a year really and that's it but not enough to make a living. So this is why I turned to the internet and internet marketing in 2010. Unfortunately due to some bad mentoring I kind of went off the rails and created a stack of "Make Money Online Blogs" , thinking that I was going to make it rich and earn a bundle with a website, Adsense and some banner adverts.

It was only until July of 2010 that I discovered "The Blueprint Coaching Program" created by Daniel and James that I started to think clearly about what I have to do. I have been in The Platinum Group now since September and I hope to learn the skills I need to change the way my business is going. I have attended all by one of the Platinum meetings and I am now moving my business back to basics. I am returning to where I started when I left college and concentrating my core competency skills on graphic Design only and specifically Logo Design. I am no longer doing web site design anymore, this has been inspired from being a member of the Platinum group.

The logo is simple and incorporates a jigsaw puzzle idea implying that I fix and solve problems, by bringing the right piece to the problem and thereby fixing it.
This is simple and easy but more of the great corporate logos out there are really simple and work extremely well. This is the premise that I always work from "Keep It Simple" the simple ideas always work the best!" 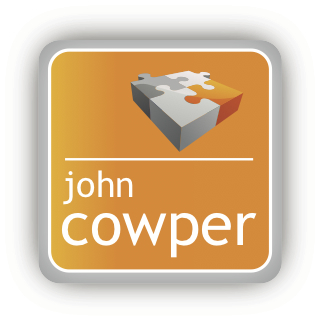 Where I AM Now

I am presently undertaking a number of courses in improving my online skills, including  social media, updating my teaching skills. I am a WagnerWatson Inner Circle Platinum member and I am looking for joint venture opportunities, these can be abroad and I am in the process of setting up a number of different businesses here in Ireland. Please read my articles which range from topics on graphic design, logo design and blogging. 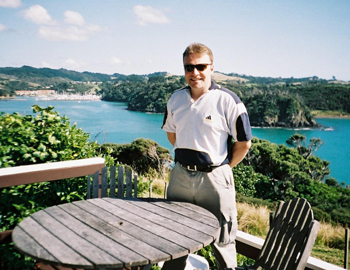 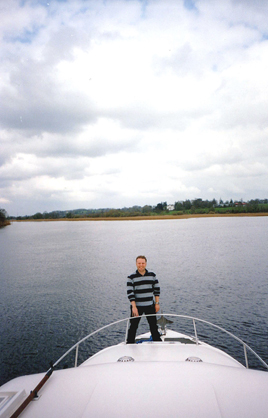 by ArtstudioWorks © All rights reserved